Last night I was reunited with a few friends who are stellar musicians, and while we hadn’t seen each other in a long time it was so easy to pick up the conversation right where we had left it.

My father used to bring me to a music joint in Salem MA called “Dodge St.” when I was in my teens and it was there I first started talking to players and bands.  Later I would play with them.

“You’re only as good as you listen” was age old advice told to me by Charlie Banacos, and the older I get the more it’s true.  I’ve had the privilege of playing with many, many, many great musicians and there’s nothing better than listening to them while playing with them.  What’s second to that is the synergy and excitement for music that’s shared and loses no ground with the passage of time, ultimately the greatest “connection point.”

So, my tribe of friends and musicians, this note is a big thank you in appreciation. 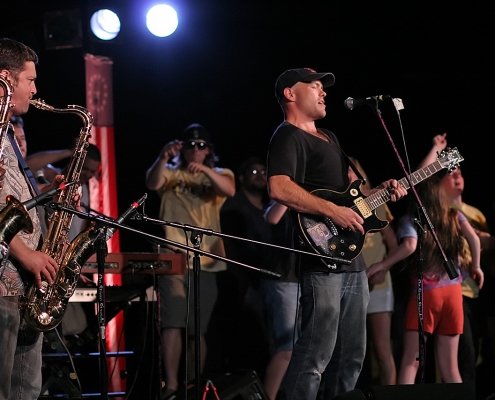